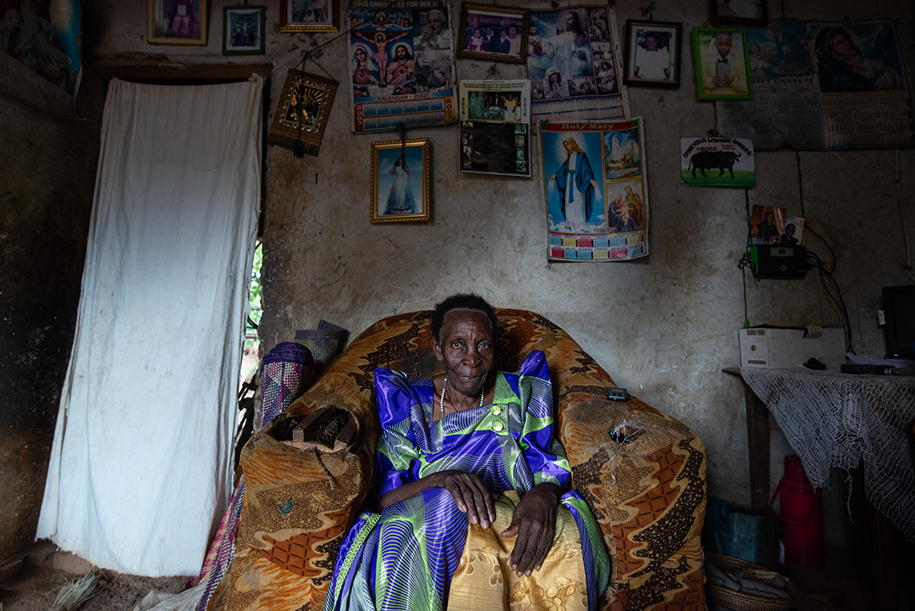 “We’ve been building a fire since seven this morning, but at ten we’ll be done,” the brick baker said. It had already passed ten, but who cared, people aren’t troubled by time in Uganda.

On my morning walk I passed a brick bakery and one of the workers explains me how it works. While he chatted on about the process a young guy walked up to us. Seeing my camera he got all exciting, swapped his native Lugandan for English, and says: “I am also a photographer!” His name is Agaba.

Seconds later he had his laptop out of his bag, showing me his work. Beautiful pictures of gorilla’s – one of the largest tourist attractions in Uganda – and other monkeys, as well as some beautiful portraits of Ugandan natives. As he scrolled through he came upon a load of pictures of many, many kids. “They are from Kyela, an hour walking from here,” he says, “I have a permit to take pictures there. I can take you there, if you like.”

I found that in bigger towns, like here in Masaka, people aren’t to eager to be photographed. Agaba agreed: “You don’t find many kids here, and people are afraid of the camera. In Kyela they know me, and they would love for you to come! All the kids would be so happy.” Kids happy to have their pictures taken? I’ve struggled to get good pictures of the Ugandan people so far, so I said I’d love to!

As I wake the next day, I’m all excited. Excited for the chance to capture the beautiful faces of Ugandan villagers, and for the 1-hour walk it takes to get deep into the countryside. I open the curtains and the weather is not as exhilarated as I am. I send Agaba a message if we can still go. “Don’t worry, the sun will come out soon!” When I open the gate to our compound for Agaba an hour later the rain starts to pour.

Lucky for us, Agaba’s father is willing to drive us to Kyela, so half an hour later we’re bouncing down a bumpy road. It’s good we still get to go, because Agaba says he’s told the kids of the village we’re coming and they are very excited. In fifteen minutes I get to see for myself; as we drive into town there are already quite some children waiting for us. We get out of the car and make our way through the crowd of kids into a house. That’s where I meet her.

Nambogo Teddy is 90 years old, though she doesn’t look the part. I joke that I can’t believe it, she looks so fit! I quickly find out why: Nambogo is still a practicing midwife, delivering babies for almost 80 years. Aside from her job, she does so much for Kyela that the villagers nicknamed her Theresa, after the famous Mother. As I sit listening to her story I forget all about Kyela, stop thinking about the kids who are waiting; I want to learn more about Nambogo.

“You can take her picture, if you want,” says Agaba. Before I get the time to do so, she’s up and out of the room. When she returns she’s wearing her best clothes. In her colourful dress she sits back down and the queen of Kyela is ready. As she sits on her throne I look at all the posters and pictures on the wall behind her.

My eye falls on one picture, on which is another beautiful woman. “Nambogo, my great grandmather, produced that woman,” Agaba tells me, “And that woman produced my mother, and she produced me.’ I love that. Although I take some pictures of just Nambogo, her offspring is visible through that picture.

After that we go outside, only to return minutes later because of the rain. The room we’re in is already overcrowded, but as we look outside we see more women and children running up the hill. They’re coming to spend time with us. There are ever more people trying to crowd in, and I just want to know more about Nambogo. She doesn’t speak a word of English, but Agaba translates well.

She has been a midwife since she was 13 years old, when her grandma taught her. She has had occasions where she helped women years older give birth. That time is far behind her. Nearly every child in this town was brought into the world by Nambogo. She helps the women who don’t have money to go to the hospital, or who are in labour in the night. I ask her how much people in this room she has helped deliver. She looks around for a second and says: “Many.”

This great grandma sits and tells a story of a woman who was about to have her child. Already well into labour she was trying to get to Nambogo as fast as she could, but she didn’t make it to the house. She gave birth right there in the red dirt streets of Kyela. Nambogo came to her in time, and the child was born healthy. “I have never held a dead baby in my hands,” she says. This comes as a surprise.

Another thing that takes me by surprise, although, regarding her age, I should’ve known: Nambogo’s eyes aren’t well anymore. In one eye she’s nearly blind, and the other is only slightly better. She says her hands just know what to do. The women in the room chime in: ‘She could do it with her eyes closed,” and, “God loves her, that’s why she can still do this.”

I sit, for a while, in this room, with this woman. This amazing woman. She’s been helping deliver babies for more than twice as long as I’ve been alive. She’s not doing it for the money. She does it for free and if people are able to give something, they pay as little as 20.000 shillings (about €4,75) for her work. She’s doing it, because this is what she has always done, because it’s what she was made to do.

She’ll keep delivering babies, seeing them draw their first breaths, until she draws her last. To me, that’s amazing. 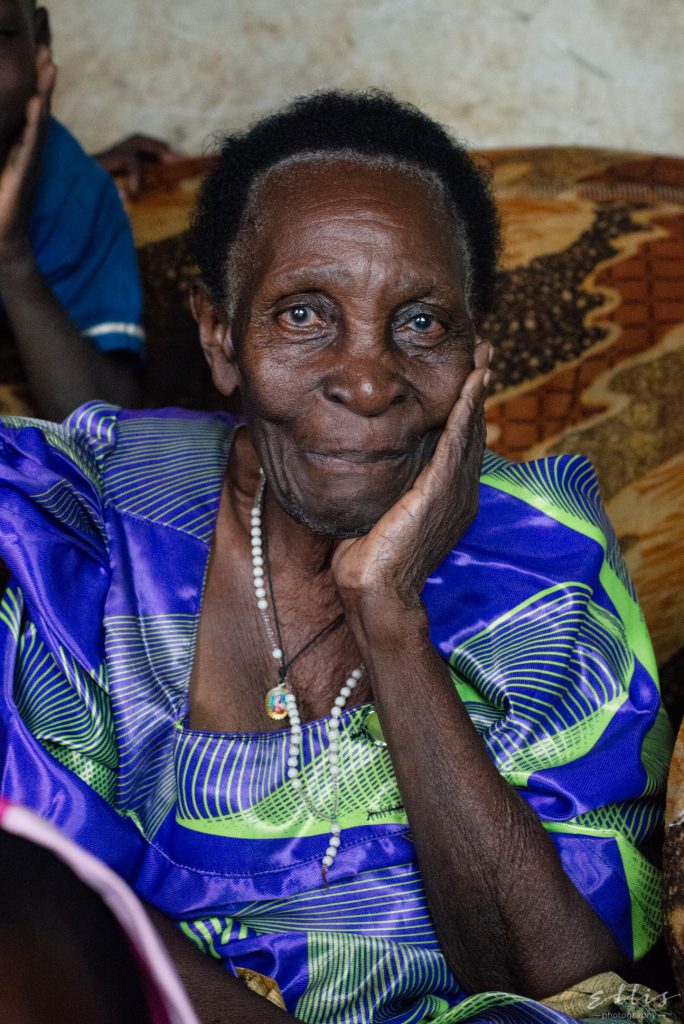