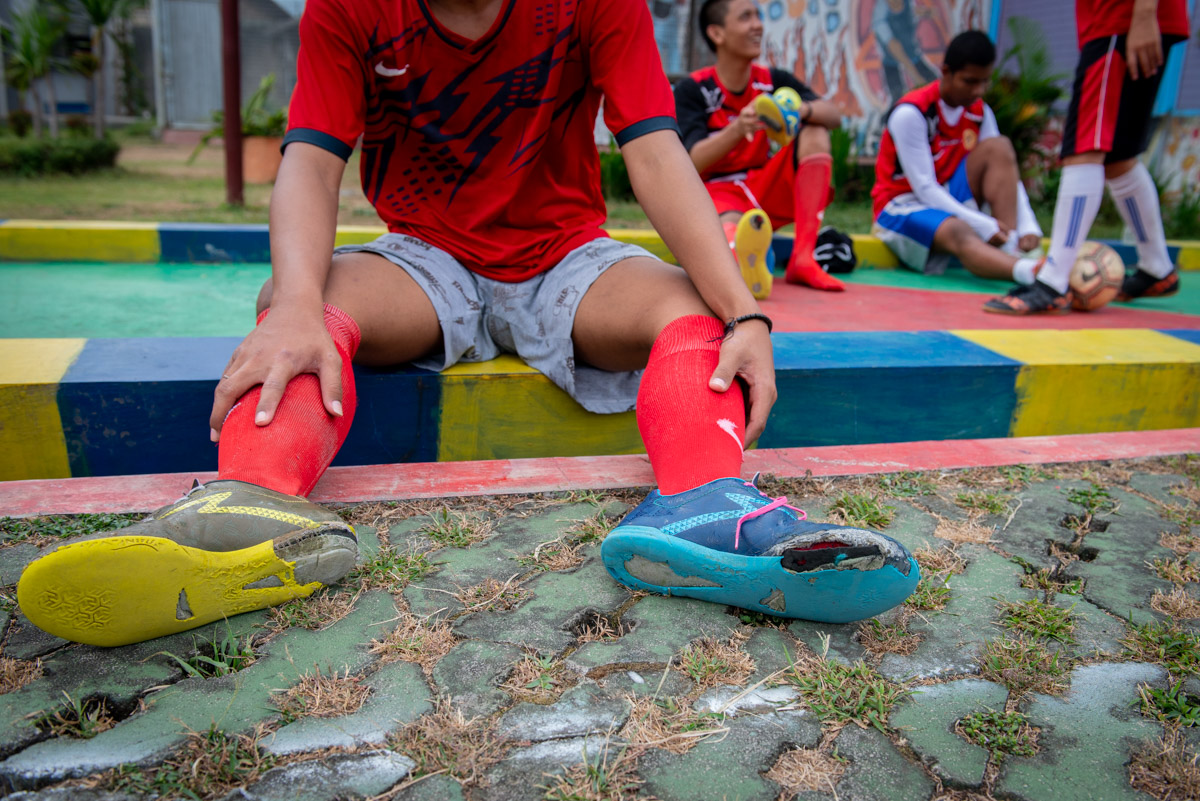 On the island of Java, in Indonesia’s third-largest city, Bandung stands a prison complex on the outskirts of town. Behind the high walls, barbed wire, and ever-locked doors sit, eat, sleep, repeat some 300 boys, aged 16 to 21. They are there for real offenses, yes, but Indonesia’s unsparing judicial system nearly always guarantees the punishment does not fit the crime. Most of these kids spend years in prisons for relatively minor transgressions — school fights, or premarital relations with girlfriend who consent who have fathers who do not.

A stint in jail means lasting shame, in Indonesia as in most other countries. However, in Javanese culture, this is exacerbated by the fact that all any of these boys want is to make their parents proud. It’s what each one of them says when you ask them what they want out of life: ‘make my parents proud.’ To have landed in jail is the polar opposite of their wish and gives way to phycological problems that insure integrating back into society will be difficult.

Enter Coach Jorge, a passionate Mexican football coach, who tries to bring hope back into the lives of these young men. They are not criminals, believes Jorge, just kids who deserve a second chance. Twice a week he comes and has done so for the past 7 years, to coach these boys — on the field, as well as off. After every practice, he sits his team down and tells them stories, parables, and jokes to keep their spirits up. In doing so he becomes a sort of father figure to these young men, a guiding light in dark times.

In the years since he started, his desire to help the inmates has grown. He started by fundraising for new shoes, but when he saw those new shoes didn’t last long due to the horrid conditions of the practice field he aimed higher. Last year a new field was put in; shoes lasted longer, there were less injuries and fewer balls found the back of the net — now the field was no longer solid stone, the team’s goalies finally dared to dive.

As any great coach, Jorge knows dedication to becoming better players comes from a sense of competition. But there’s no one to compete against in prison, except yourself. However, a great relationship had blossomed between coach and prison guards and the unthinkable was allowed: Jorge could take the boys out of prison to compete in a tournament. One coach, two guards, and twenty ecstatic players left the walls of prison behind. Later to return, not as champions, exactly — but judging from their smiles the boys had just won a prize much greater. A glimpse of what they had missed, a little bit of hope.