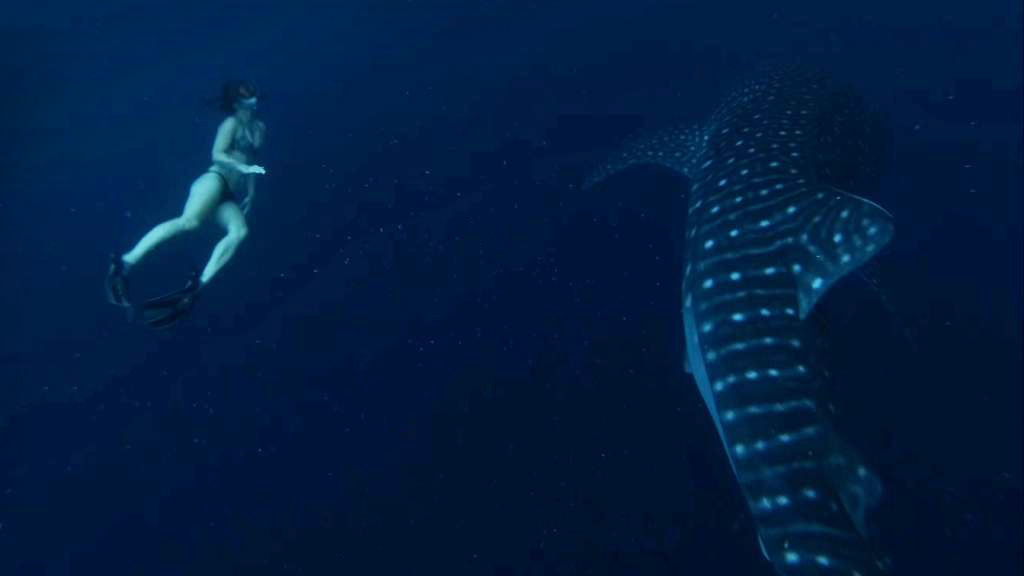 A whale shark isn’t a whale and doesn’t much look like a shark. Go figure.

Also, whale sharks are not scary. Sharks, for the most part, are not scary. Important for the well-being of all sea life? Yes. Out for your blood? Not so much.

We were lucky enough to find all that out on the first adventure we had in a long time when we went to Sumbawa by scooter and boarded a boat built by the captain’s own two hands, to go swim with whale sharks.

Sumbawa is the second island to the right from Bali and, after Lombok, second in line to Bali’s tourist throne. With white sand beaches in the west, world-class surfing in the east, and broad-smiling Indonesians everywhere, you can readily imagine it being developed over the coming years.

Although there are multiple domestic airports on Sumbawa we could’ve flown to, Ellis and I thought driving our scooter would be a lot more fun. After 1.500 kilometers in a little over a week, my ass disagreed.

‘But, Martijn,’ I hear you think, ‘Sumbawa Besar is only a 342 kilometer drive from Bali…how did you guys drive so far?’ First, I’m happy to see your Indonesian topographic knowledge is outstanding and, second, you are right. It’s not a 1.5k drive. However, nothing ever goes as planned.

Really, nothing ever goes as we imagined it. It’s the only constant in our travels and also the one thing I can not seem to get used to.

On the road to Sumbawa Besar, for our date with adventure, we got a text saying the trip would be postponed. Instead of sulking in that town (about which one Indonesian said, in a review on Google: ‘Even the interesting wooden palace can’t keep you from discovering how boring the city is.’) we decided to move onwards and took our scooter all the way to the eastern Sumbawa.

After all that driving we found out … it was pretty boring. So, when our adventure finally started a week later, we were all the happier for it.

The trip was planned by a Russian, named Denis, who we had never met. We knew him through a friend, who had only met him once. Understand that this, together with the postponing, made it hard for me to look forward to the trip. Actually, it made me dread everything that could go wrong.

However, as we arrived in the harbor of Sumbawa Besar, seeing the boat we would take out for an adventure, we both got pretty excited. We met our companions for the trip: three Russians and five Indonesian crew members. Our friend, who had missed her flight from Bali, would meet us later.

From the harbor we set out on the long, narrow boat, that the captain had hand-built, for Mojo Island, off the coast of Sumbawa. Although the trip was all about swimming with whale sharks, the trip would take four days and we’d visit more islands and go snorkeling at, we were promised, spectacular spots.

Heading for Mojo, we immediately got a taste for what the trip would be like. We lay on the top deck looking out over calm waters, passing green islands and enjoying the sun. That’s what we did in between snorkeling, and we did a lot of it.

Right away, on Mojo Island we got treated to some beautiful corrals, although there were only a few interesting fish to see. The current was strong, so we could enter the water a few hundred meters from the boat and enter up next to it, underwater life sliding by as in a movie.

That night, after the on-board chef served us some of the best fish I’ve ever had from an incredibly small kitchen, we headed for our first sleeping place. After dark, we arrived at a narrow strip of land in the middle of the water that was, at it’s most narrow, less than 4 meters wide. The captain showed us our spot and we pitched our tents, though we had to move them when the narrowest part of the island became less than 3 meters. Our tents were starting to get wet.

Day two was all about heading closer towards the whale shark spot, but luckily we got treated to some of the most colorful corral we’ve seen so far. In sky blue water, with the sun on our (well sun-screened) backs we had a wonderful time.

That night, though, would be different.

As we approached the second island where we would pitch our tent, the crew warned us the island was mosquito kingdom and we would do better to stay on the boat. So we did. Three of us made their bed on the top deck, and Ellis, me, and one of the Russians slept down below. The crew had their own little spots.

Suddenly, after I’d managed to fall asleep, the Russian woke me.

“Water,” was all he said. I looked up at him, not sure I understood. Of the three Russians, his English was by far the worst.

“Water,” he said again. I sat up and heard his footsteps made weird, sloshing sounds.

Getting out of my makeshift bed, I stepped directly into water where no water should be. I got my phone, put on the flashlight and saw it — water was filling up the sitting area where we were. From a small hole in the floor, water came pouring out.

Now, I know I have the tendency to panic where no panic is warranted, but I did think the feeling welling up in me at that moment, was the right reaction. Water was coming into our boat. Although, I reminded myself, we were still pretty close to the island we decided not to sleep on. The worst case wasn’t being shipwrecked in open sea, but still … we had brought all our electronics on the trip and they aren’t as easy with water as I am.

It was time, I thought, to wake the crew.

Running back, I shook a foot hanging out of a cabin and repeated my Russian friends one word: “Water.” I don’t know enough Bahasa Indonesia to voice my panic, so that word would have to do. As he rose from his sleep, looking at me without much comprehension, I shone my flashlight at the floor, where he saw the water.

As he called for the rest of the crew, he jumped down to safe our lives, so I thought. However, he only grabbed a small pan and started scooping water out of the boat. He hadn’t seen the back of the boat. He didn’t know that what he was doing, wasn’t nearly enough.

Luckily, the rest of the crew sprung into action with more effect. A pump was started, buckets were passed and the boat, inch by inch, came back up to its normal level.

On the top deck, none of the people had roused from their sleep.

The morning after, or two hours later, at 4AM we were awoken. It was time to find whale sharks.

An hour and a half later, the sun just coming up above the mountains on Sumbawa in the distance, the message came in. The captain had been texting with people all over fish barges to see which would spot some whale sharks first.

Suddenly, we were in a small boat, snorkel gear on, ready to get into the water. First in was one of the Russians. With his head down in the water, he lifted his arm and pointed his hand. A clear sign he saw something. I rushed on my gear, my heart racing to catch a glimpse, and jumped in.

In my excitement, I forgot to check the water from above.

The bubbles from my entry cleared, and before me, below me, around me, was a huge whale shark. I had almost jumped right on his head and had to move quick to get out of his way.

Whale sharks might not be whales and don’t look much like sharks, but by God, are they magnificent. A beautiful dark gray, with a white belly and white dots on their backs that look like they were made by a painter. They swim slow and gracefully, not afraid of people, and can pass you by within arm’s reach.

We saw three whale sharks that morning, two around 7 meters long and one about 3,5, a young one very curious about these strange creatures that were drifting around in its waters. For an hour and a half we got to swim around with the whale sharks, who were being fed by fishermen on a boat above us. In big loops they came and went and came and went.

It was the kind of experience that’s worth the annoyance of continuously changing dates, of friends missing their flights, of almost sinking to the bottom of the sea. The kind of adventure that makes you forget what it has cost you and makes you remember what an amazing world we live in.

If you ever have the opportunity to swim with whale sharks, however hard it may be to reach wherever they are, take it.

END_OF_DOCUMENT_TOKEN_TO_BE_REPLACED 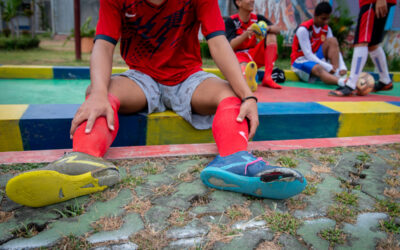