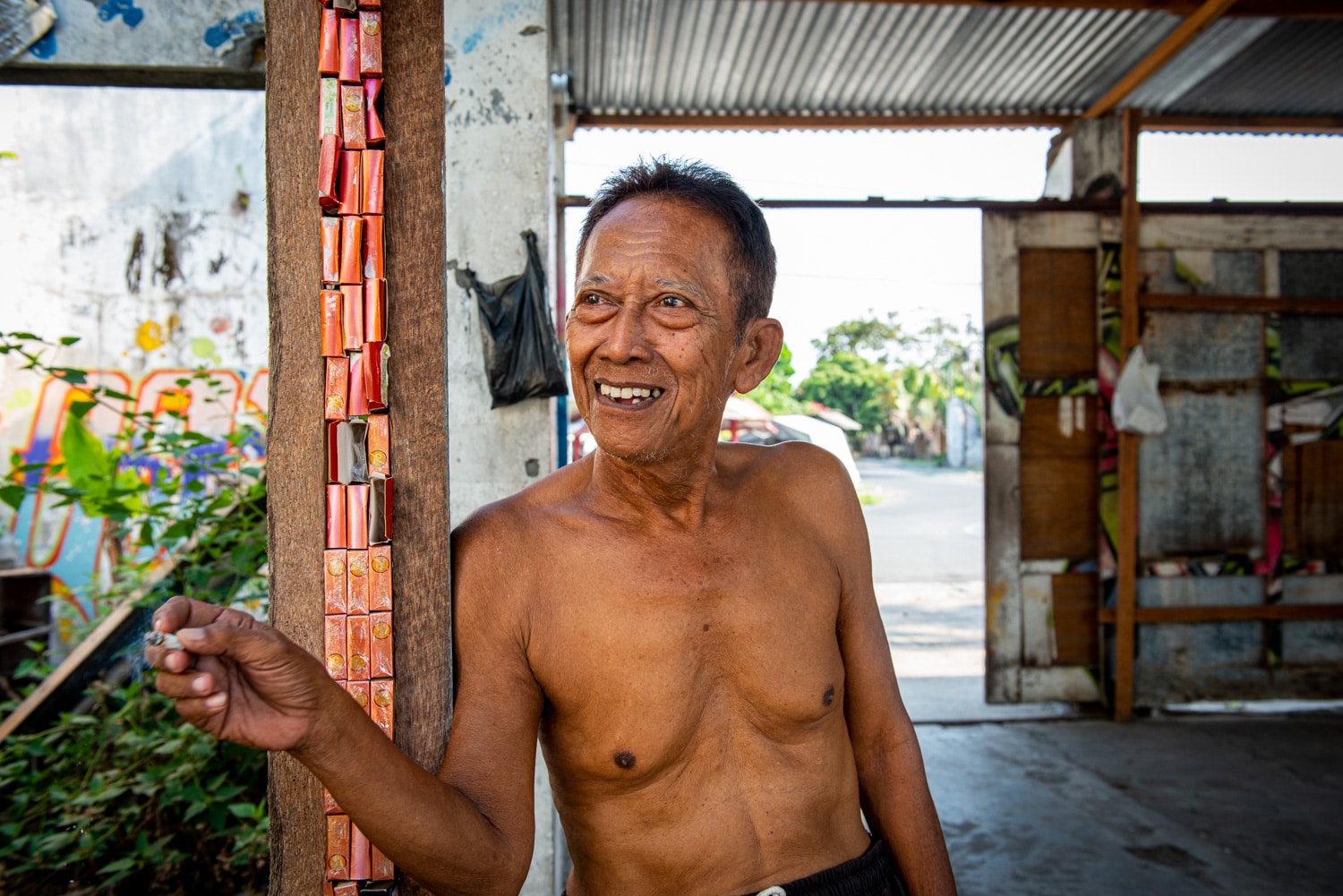 He sat on a plastic chair, inside something that seemed as if it could’ve been a garage, or maybe the entrance to a big house. Now it was an open space, run down, overgrown, with the remains of several bonfires haphazardly around the ground—as if the best spot for a fire changed every night. As soon as he saw me he got out of his chair, walked towards me and leaned against the beam that supported the rotten roof. ‘Where are you from, where are you going?’ No matter if an Indonesian has had no formal education, they know these two questions in English.

He told me his name was Agustinus and that he was named after the saint. I met him in the wonderful Yogyakarta, where I had been wandering around the city for about 45 minutes, as I am want to do, looking for people who would like to share a little bit of life with me. Agustinus was more than eager to welcome me to what turned out to be his place of employ.

When I saw him sitting in that plastic chair I was immediately drawn to him, his smile, his demeanor. Noticing that I took an interest he offered to show me around this decrepit building that I think used to be a beautiful house. Now, the roof missing, the walls tagged with beautiful and ugly graffiti in equal measure, it was something you pass without looking twice. If it wasn’t for Agustinus, that is.

After the tour we walked back to his chair and I found a low, crumbling wall—an old window sill—and sat down. Agustinus talked an I listened, enjoying myself immensely. I commented his English was really good and he followed up with German, French and, of course, even some Dutch. His German and French surprised me, yet his Dutch did not. Many Indonesian elders still speak some, or a lot, of Dutch—remnants of a colonial past of which I am not proud.

Next to me was another chair, a small, silver radio on it. Next to it were strewn the (very old school) big, chunky batteries that had once kept the radio blaring. These batteries seemed empty, doing nothing but keeping Agustinus company while he listened the news. As a far-off Indonesian voice crackled the days’ events I looked around this space. Aside from some wooden pillars, there was a small bird in a cage, but not much else. Then I noticed something. One of the wooden beams was filled with orange boxes, stuck between te boards, like the white in an Oreo. Agustinus saw me looking: ‘One packet of cigarettes for each day,’ he said, with a big smile. The pillar I noticed was already filled to the top and he led me around to another one, a beam he was still working on. I counted them, 87 days. Every day he smoked a pack and stuffed it in the beam. Three abreast, all on top of each other.

Agustinus told me his wife had died five years ago and he had since taken up this job as parking lot attendant. He guarded the scooters of the people who worked at his nephew’s factory that produced batik fabrics, which was a little way down the street. Every day he came at 7 and smoked, one after the other (gotta finish his days’ work, right?) Then, at 8, employees started rolling in and he talked, or just looked on, as he sat in the red, plastic chair. At 10 he would leave, to return at 4, when everybody would start going home. As he finished his last cigarette he would take the orange pack and squeeze it next to the other days of work, after which he would go home.

As I sat talking with this kind man I felt the urge to learn whatever wisdoms he had to share, and asked him. ‘Relax,’ he said without a moment’s hesitation, showing his white teeth in a big smile. ‘Go fast and life goes fast, but if you relax, you can enjoy life so much more.’ Now that was advice I could work with! He continued and told me he barely wore shirts, because ‘you have to feel the breeze.’ A feeling I understand all too well and I desired to get on one of the scooters, take off and feel the soft, Indonesian breeze flowing through my hair.

Instead I just sat there, enjoying Agustinus’ company, and relaxed. 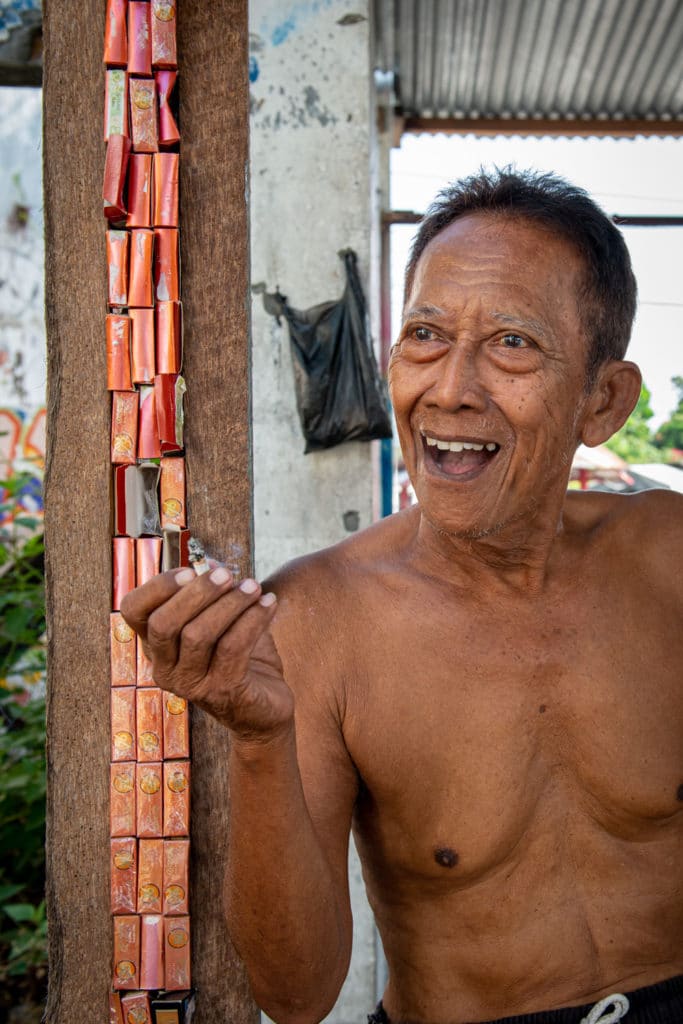